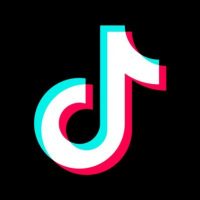 A social media trend of damaging or stealing school property, filming it and uploading the footage to TikTok is reportedly costing Central Coast high schools thousands of dollars and leading to criminal cases against students.

The “devious lick” trend has inspired students at local high schools to damage and steal numerous items, particularly inside bathrooms. “Lick” is slang for theft.

Administrators at several local school districts, including Atascadero, Lucia Mar and Templeton, have been warning about repeated acts of vandalism and theft as a result of the TikTok trend.

On Friday, the Santa Maria Joint Union High School District notified parents in a letter that, last week alone, thousands of dollars in damage occurred on district campuses. Most of the vandalism occurred in bathrooms that have subsequently been closed for repairs.

District administrators stated in the letter to parents that they are increasing surveillance measures on campuses and reviewing footage to identify suspects. The Santa Maria district will seek vandalism and theft charges, as well as restitution for stolen and damaged items from students or their parents. Additionally, students may be banned from participating in athletics, extracurricular groups, clubs, dances and other activities for the remainder of the school year.

Administrators in SLO County have also discussed plans to seek charges against students committing vandalism or theft as part of the social media trend.