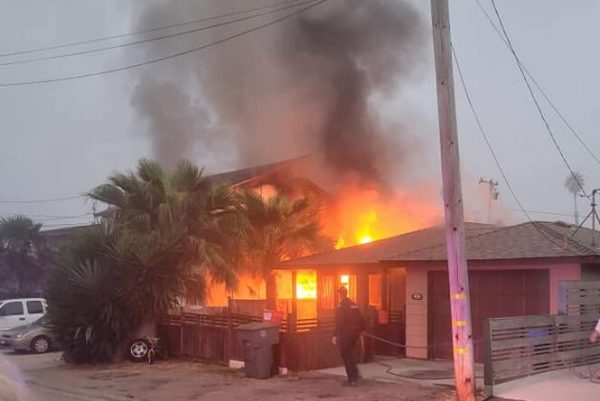 A man showed up at a Morro Bay home to demand money early Wednesday morning, then set the house on fire by knocking over a candle, the homeowner alleges.

Early in the morning, a man known as Mike arrived at a two-story house located at 451 Trinidad Street and confronted Andy Randrup, an elderly person in a wheelchair who owns the home. Randrup’s son, daughter-in-law and the couple’s 12-year-old daughter also live in the home.

Mike insisted that Randrup’s son owed him a couple thousand dollars, Randrup said. He demanded Randrup’s bank card and said, if he did not receive it, he would harm Randrup’s daughter-in-law and granddaughter.

During the confrontation, Mike allegedly knocked a candle onto Randrup’s bed, starting the fire. Mike then allegedly fled the home through the kitchen door.

Randrup’s daughter-in-law and granddaughter escaped through the back door of the house. Randrup managed to go out the front door, but he suffered serious burns.

A caller reported the house fire at about 6:33 a.m. Morro Bay firefighters and Cal Fire arrived and extinguished the blaze, though the home sustained significant damage. 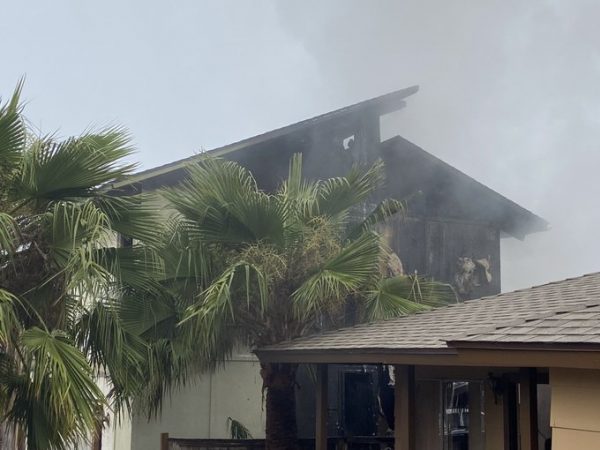