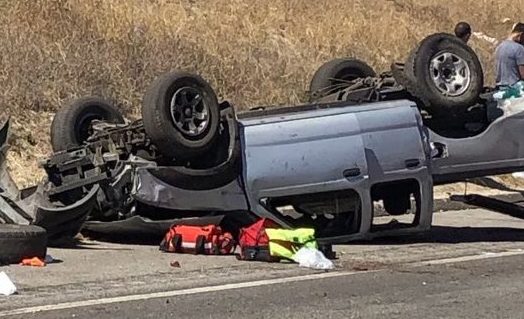 A 38-year-old San Miguel man died after crashing his pickup truck on Highway 101 north of Paso Robles on Wednesday.

Shortly before 12:40 p.m., the man was driving a 2003 Nissan Frontier northbound on Highway 101 north of North Monterey Road with two passengers inside the pickup. At that time, tire failure may have occurred, leading to the driver losing control of the vehicle, according to the CHP.

The driver hit the brakes and steered to the left, causing the pickup to drive across the northbound lanes and dirt median and into the southbound lanes. The truck then overturned and landed on its roof. The crash partially pinned the driver under the pickup.

Fire personnel extricated at least one of the individuals from the vehicle. A helicopter airlifted the driver to Sierra Vista Regional Medical Center, where hedied of his injuries.

San Miguel residents Maricela Vasquez, 37, and Raul Gonzalez, 22, were the passengers inside the pickup truck. Vasquez suffered a broken arm and likely a broken shoulder and was transported in an ambulance to Sierra Vista.

Gonzalez only had a minor complaint of pain. Emergency personnel treated Gonzalez at the scene of the crash.

Investigators do not suspect drugs or alcohol, nor distracted driving, were factors in the crash. A CHP investigation into the collision is ongoing. 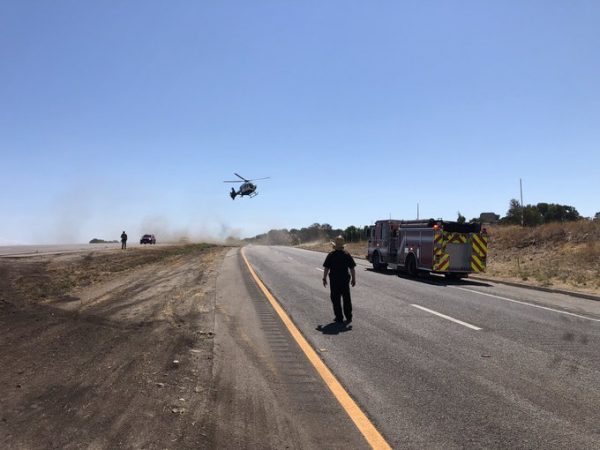