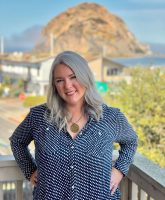 The Morro Bay City Council has appointed an interim member to replace the late Councilman Robert “Red” Davis, and it has opted to hold a special election for a full-time replacement in June 2022.

Davis died in July at the age of 76. At the time, he was in the middle of serving his second term on the Morro Bay council.

On Sept. 14, the council appointed Interim Councilwoman Jen Ford to serve as Davis’s replacement until the special election is held. Ford, a local business owner who had served on the Morro Bay Planning Commission, was one of two applicants for the vacant council seat.

Ford will be eligible to run for the full-time council seat in the June 2022 election, so long as she remains a registered voter in Morro Bay.

“Jen’s history of community service and her participation on numerous citizen committees and boards demonstrates her passionate commitment to improving the quality life of our residents,” Mayor John Headding said in a statement following Ford’s appointment. “She has worked hard to make sure all voices are heard, especially when important decisions are made. I look forward to working with her on the city council.”

Ford also released a statement, saying she is honored to have been chosen to replace Davis.

“I’m excited to be appointed to the Morro Bay City Council and to help our city and its residents navigate many of the difficult decisions ahead,” Ford said in the statement. “I’m deeply honored to step into the position my good friend Council Member Robert “Red” Davis left sooner than expected and vow to carry on his role as a leader in our community.”

The city of Morro Bay is holding the special election during California’s upcoming primary election. By doing so, the city is expected to save about $80,000 that it could have otherwise spent on a stand-alone election for a single council seat.