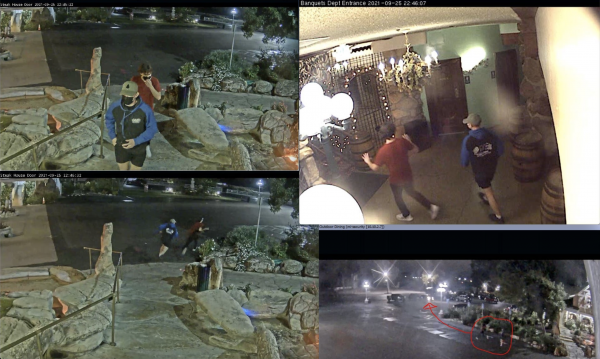 A pair of thieves stole a rug from the Madonna Inn Saturday night in what may have been part of a prank or initiation.

The stolen rug has a Madonna Inn logo, which is something the thieves may have been seeking. The thieves stole the rug from the lobby of the hotel’s steakhouse after casing the area, Madonna Inn General Manager Connie Pearce stated on Facebook.

At about 10:40 p.m. the suspects walked to the stairs outside the Round Room, then up the ramp to the lobby and asked the host a question. They then went down to the gourmet shop, back up to the lobby, grabbed the entrance rug and ran, Pearce wrote. 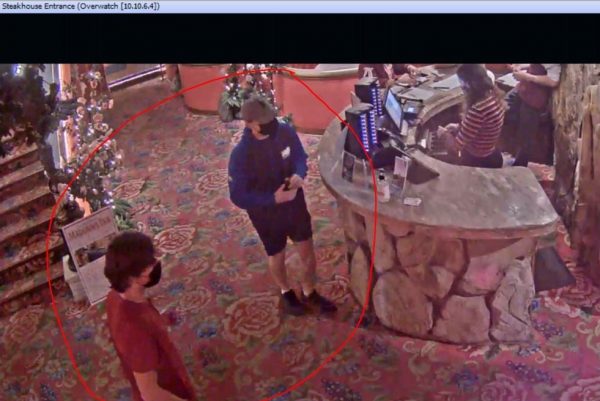 Outside, a vehicle that appeared to be a black Ford Focus was waiting for the suspects. The suspects entered the car and drove off.

The thieves were on the Madonna Inn property for about five to seven minutes. They appeared to be college age.

One of the thieves was wearing a hooded sweatshirt with an “AE” logo on it. The logo appears to match that of AE Kustomz, a motorcycle repair shop in the Bay Area city of Campbell.

Pearce later wrote in a Facebook post she will not press charges if the thieves return the rug.

“I won’t press charges and I’ll take down the photos and video,” Pearce wrote. “If they don’t bring it back, well, there is a higher likelihood someone knows them and will tell me who they are. Then it’s game over.”