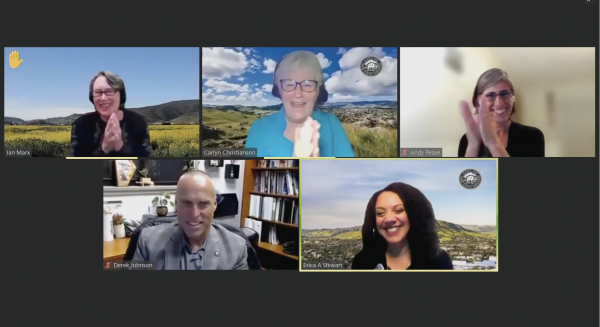 Following the mayoral appointment, the council selected Michelle Shoresman to fill the seat vacated by Stewart. Shoresman is a SLO County Health Agency division manager and had been serving on the city planning commission, as well. 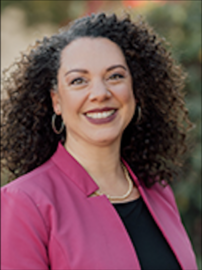 With Stewart as the new mayor and Shoresman becoming a councilwoman, the SLO council remains all-female and all-progressive. Additionally, Stewart has become the first African American mayor of the city.

Last month, Harmon stepped down as mayor amid allegations that she received gifts from local marijuana mogul Helios Dayspring, who has been charged by federal prosecutors with bribery and filing a false tax return. Harmon said it was necessary for her to resign as mayor in order to fulfill the duties of her new job as a climate policy advocate for a nonprofit.

Likewise, Joshua Cohen, the owner of Foothill Cyclery, applied for both the mayoral and council seats. But during Tuesday’s meeting, Cohen endorsed Stewart for mayor and Shoresman for council.

While presenting her candidacy on Tuesday, Stewart said she previously thought she could not “do the mayor position full-time,” but she later reconsidered. Stewart reached an agreement with her employer, Cal Poly, to shift from working for the university full-time to a three-quarters-time role.

“What an awesome honor and awkward moment at the same time on Zoom,” Stewart said after reciting the oath of office during Tuesday’s virtually-held council meeting.

Shoresman said during her presentation that, if appointed, she would run in the next election in an attempt to keep her council seat. The council applauded Shoresman for making that pledge.

Following presentations by council candidates, Stewart, Christianson, Marx and Pease did not debate the various applicants’ candidacies. Rather, they all agreed Shoresman should be appointed to the council.

Both Stewart’s mayoral seat and Shoresman’s council seat will be up for election in Nov. 2022.