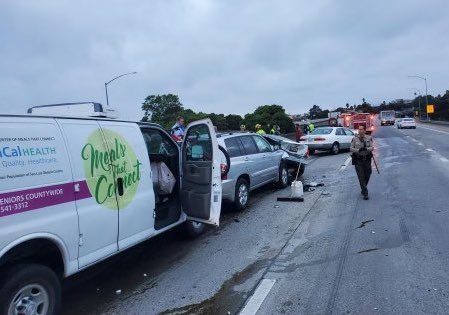 A total of seven vehicles collided on Highway 101 in Pismo Beach Thursday morning, causing traffic to back up in the Five Cities area.

At about 7:20 a.m., callers first began reporting multiple vehicles colliding on northbound Highway 101 near 4th Street, according to the CHP. One person suffered moderate injuries as a result of the collision. An unknown number of individuals suffered minor injuries.

Following the crash, fluid was leaking from some of the vehicles. Caltrans workers responded to clean fluid out of the first and second northbound lanes.

The collision also scattered debris on the highway. Officials are asking drivers to use caution when traveling in the area of the crash.

Five of the vehicles involved in the collision were towed away, while two were still operable. 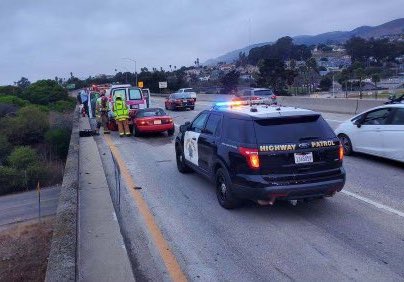