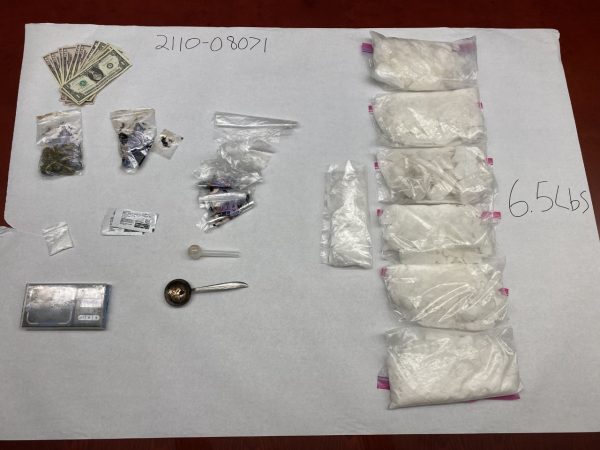 San Luis Obispo County Sheriff’s deputies arrested a Pismo Beach woman on Friday who was allegedly driving with more than $30,000 worth of illicit drugs.

Shortly before 5 p.m., sheriff’s deputies conducted a traffic stop near the 400 block of S. Dolliver Street in Pismo Beach. The driver, Audryanna Gibbens, 41, was the only person in the vehicle, according to the SLO County Sheriff’s Office.

During the stop, deputies conducted an investigation that produced probable cause, allowing them to search the vehicle, according to the sheriff’s office. Deputies found a large amount of illicit narcotics inside the car.

Investigators seized about 6.35 pounds of methamphetamine, 5.1grams of heroin, 5.8 grams of marijuana, three Suboxone strips and illegal narcotic paraphernalia. The estimated street value of the methamphetamine alone is about $30,000.

Additionally, deputies found a digital scale, baggies and some cash in the vehicle.