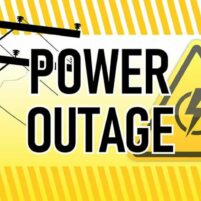 While PG&E shut off the power to 246 customers in San Luis Obispo County because of gusty winds that could increase the risk of wildfires, another 5,196 customers also lost power during Monday’s wind event.

In 2019, PG&E began intentionally turning off power during high, dry wind events to protect against fire. In SLO County, shortly after noon the utility began turning off power north of Cambria, north of San Miguel, at the junction of Highway 46 and Highway 41, along Highway 46 west and for a rural area east of Arroyo Grande, with plans to turn the power back on at 10 p.m.

In addition, the lights went out in parts of Cambria for 1,223 PG&E customers at 1:40 p.m. The utility estimates power will be restored by 9:45 pm.

In a relatively small outage, at 2:42 p.m., 32 Atascadero customers lost power, which has now been restored.

Shortly after 3 p.m., 410 PG&E customers lost power in rural Santa Margarita. During the past several months, the area has been battered by frequent outages, costing both businesses and residences financially because of spoiled foods and lost revenue. The utility has not yet provided an estimated time for the power to be restored or a cause of the outage.

At 4:35 p.m., 3,531 PG&E customers in parts of Pismo Beach, Grover Beach and Arroyo Grande lost power. The utility has not yet determined the cause or an estimated time power will be restored.

During the past several months, the power often goes out multiple times a week in rural areas of the North County, typically for at least 12 hours.

PG&E officials blame a new “fast trip” feature that automatically shuts off power when an object strikes a line in order to prevent equipment-sparked wildfires, which may need to be reset.