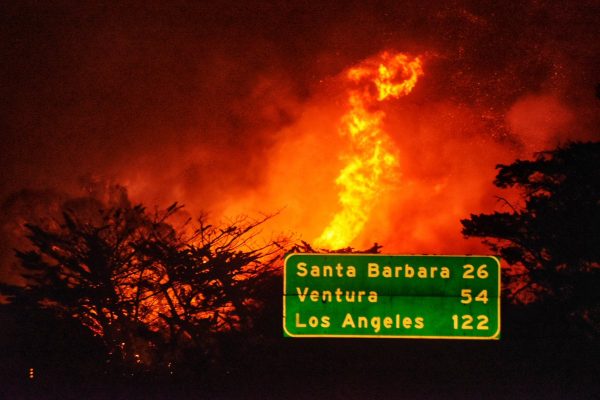 Fueled by gusty winds, the Alisal Fire, which is ravaging the Gaviota area of Santa Barbara County, nearly doubled in size overnight.

As of 7 a.m. Tuesday, the fire has burned 6,000 acres and is 0 percent contained. The fire jumped Highway 101 and is now burning along the coast, as well as inland. It has also spread south toward the Tajiguas Landfill.

On Monday afternoon, the blaze ignited near the Alisal Reservoir in the Santa Ynez Mountains. Strong winds pushed the fire, causing it to spread at a rapid rate in the direction of Highway 101 and the Pacific Ocean.

Thus far, the blaze has burned one outbuilding. About 100 to 120 structures are threatened by the fire.

A total of 600 firefighters are battling the blaze. Crews are fighting the fire from the air and the ground.

Highway 101 remains closed in both directions between Highway 1 and Winchester Canyon Road. Officials are instructing drivers to use Highway 154 instead, or for larger vehicles, I-5. 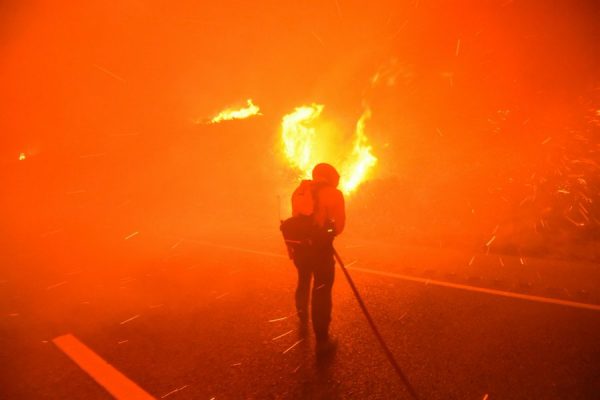