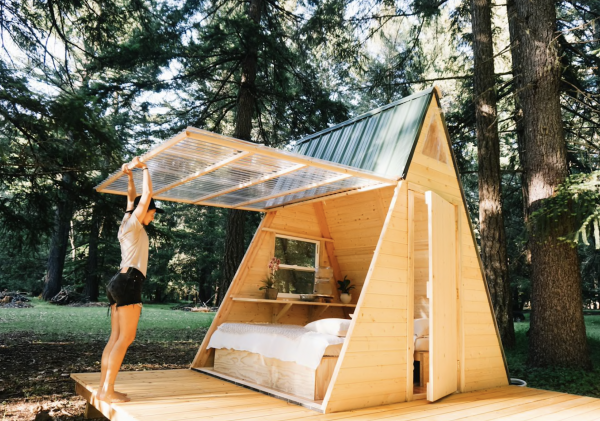 San Luis Obispo County is considering changes to its camping ordinance that would allow property owners to rent out camping facilities on their land. [Tribune]

Proposed changes to the county ordinance would allow for permanent or temporary camping facilities on privately owned residential, agricultural and rural properties as small as one acre. A one-acre parcel could accommodate up to two campsites, and parcels of 30 acres of more could contain up to 15 campsites, according to the draft rule changes.

Additionally, the proposed rule changes would allow property owners to list their facilities on the popular campsite rental platform Hipcamp.

Supervisor John Peschong raised the potential camping ordinance changes earlier this year after trying to assist a Cambria property owner, who was ordered to stop operating a campground.

In August, code enforcement officials ruled a campground located on a hill above Cambria’s East Village was illegal. During the Aug. 5 hearing, the county asked Cambria landowner Michael “Buddy” Campo to stop operating his 4.12-acre property located at 2705 Main Street as a campground. Officials also ordered Campo to remove electrical, plumbing and gas connections. Campo’s property is now listed for sale with an asking price of nearly $1.9 million.

The board of supervisors will likely discuss the proposed camping ordinance changes during a Nov. 16 hearing about the board’s 2022 agenda.