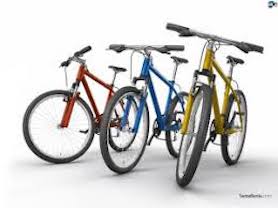 A total of 143 bike thefts have been reported in the city of San Luis Obispo thus far in 2021. [Mustang News]

Thieves target both bicycles and bike parts, as well as locked and unlocked bikes. They often steal parts from bicycles that are locked.

Many of the thefts occur on and around the Cal Poly campus. Since Cal Poly students returned to campus in August, police have received 39 reports of bike thefts, including one stolen tire. Five of the 39 bikes have been recovered.

The Cal Poly Police Department has yet to provide figures for recent bike thefts that have occurred on campus. It is unclear whether on-campus thefts of bicycles and bike parts is increasing or decreasing.

Many bicycles stolen on campus are sold online on sites like Craigslist, taken to swap meets or brought out of SLO County, Cal Poly police say.

Also, it is not uncommon for stolen bikes to be brought to local bike shops, said Sam Coyle, a worker at Cambria Bicycle Outfitters.