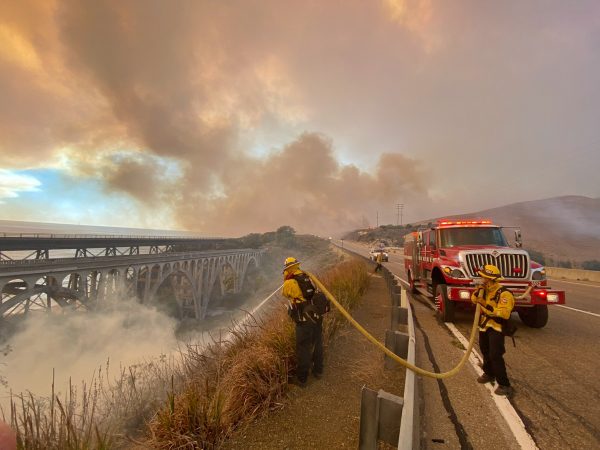 With containment of the Alisal Fire in Santa Barbara County increasing, Highway 101 has reopened in both directions between Goleta and Highway 1.

Additionally, the railway that runs parallel to Highway 101 in the area of the blaze has reopened. Amtrak had halted train service between San Luis Obispo and Goleta because of the closure.

The Alisal Fire, which has scorched Refugio Canyon and the Gaviota Coast, has burned 16,901 acres and is 41 percent contained, as of Friday morning. Full containment is expected by Oct. 25, according to the United States Forest Service.

While containment increased significantly, the fire continued to grow on Thursday, with the majority of its spread occurring on the western flank of the blaze toward Gaviota. Warmer and dryer conditions are expected on Friday and Saturday, and there is potential for the fire to expand because of expected wind patterns and difficult terrain in the direction of Gaviota. 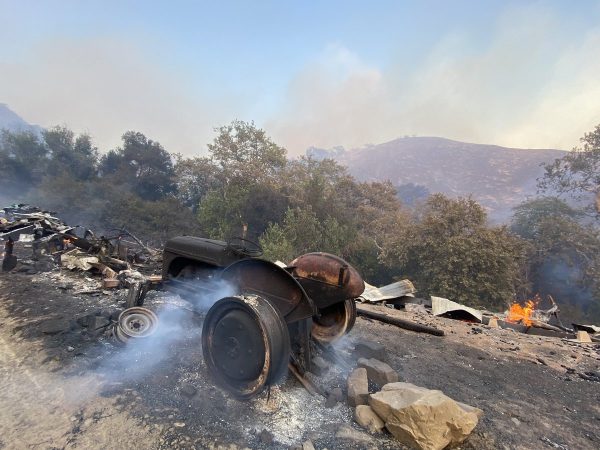 At about 2:10 p.m. on Monday, callers reported a blaze burning near the Alisal Reservoir in the Santa Ynez Mountains. Strong northwest winds pushed the fire over a summit, causing it to spread a rapid rate in the direction of Highway 101 and the Pacific Ocean. The blaze jumped Highway 101 and spread to Tajiguas Beach.

On Tuesday, the fire reached the Tajiguas Landfill, which serves Santa Barbara County’s South Coast, as well as the Santa Ynez and New Cuyama valleys. The fire damaged the biofilter, drainage, gas collection systems and heavy equipment at the landfill.

The Alisal Fire has destroyed three homes and two outbuildings. The blaze has threatened a total of 439 structures.

A total of 1,731 fire personnel are currently battling the blaze.