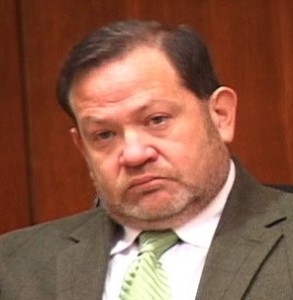 If you were one of the donors to former San Luis Obispo County Supervisor Adam Hill’s campaign in 2020, then along with the SLO County Deputy Sheriff’s Association you probably helped pay for his criminal defense attorney.

While the California Fair Political Practices Commission permits candidates to spend campaign funds for attorney fees, the fees “may only be paid with campaign funds if
the litigation is directly related to activities of the committee that are consistent with its primary objectives.” Campaign funds cannot be legally used for personal purposes.

In addition to funding his criminal defense, Hill paid his administrative assistant and girlfriend Nicole Nix $7,500 out of his campaign funds in 2020, according to Hill’s financial disclosure reports.

On Aug. 4, 2020, the Kaufman Legal Group returned $1,936 of their $5,000 retainer to Hill’s campaign committee, according to one of Hill’s financial disclosure reports. Sanger said he is prohibited from discussing the $40,000 retainer Hill paid him.

While under investigations for bribery, involving marijuana mogul Helios Dayspring and alleged sexual misconduct with his administrative assistant Nix, Hill committed suicide with an overdose of cocaine and antidepressants on Aug. 6 2020.

As part of a July 28, 2021 plea agreement, Dayspring admitted to paying thousands of dollars in bribes to Hill for favorable votes on his cannabis business interests.