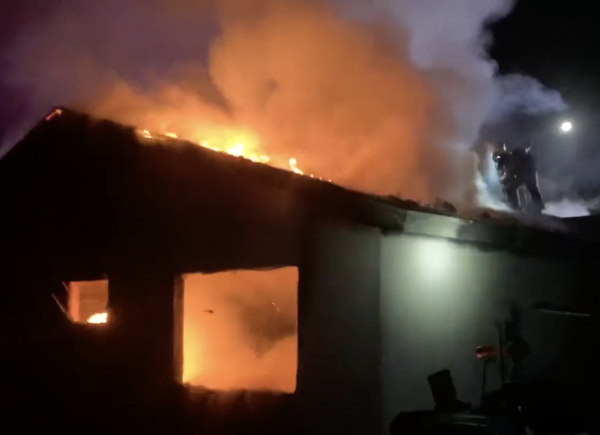 On Monday evening, deputies arrived at a home in the 100 block of Salisbury Avenue in response to a report that Christopher Vance, 43, had been exhibiting strange behavior. Deputies contacted Vance, and following the incident, they requested a mental health evaluation, according to the Santa Barbara County Sheriff’s Office.

Then at about 4:30 a.m. on Tuesday, a caller reported a fire burning at the home on Salisbury Avenue deputies had visited the prior evening. As firefighters worked to extinguish the blaze, deputies determined Vance had intentionally set the fire that left a woman in the home suffering from burns.

Vance allegedly discharged a firearm before he fled the scene.

Every deputy working in Goleta came to the scene and along with CHP officers, provided security for the firefighters. Other deputies launched a search for Vance.

Deputies tracked Vance to the 7700 block of Jenna Drive and took him into custody. Emergency personnel transported Vance to a local hospital, where he received treatment for injuries he sustained prior to his capture.

Authorities later booked Vance in the Santa Barbara County Main Jail on felony charges of vandalism, burglary, shooting at an inhabited dwelling and arson of an inhabited dwelling, as well as misdemeanor counts of prowling and resisting arrest. Vance is being held in jail with his bail set at $500,000. 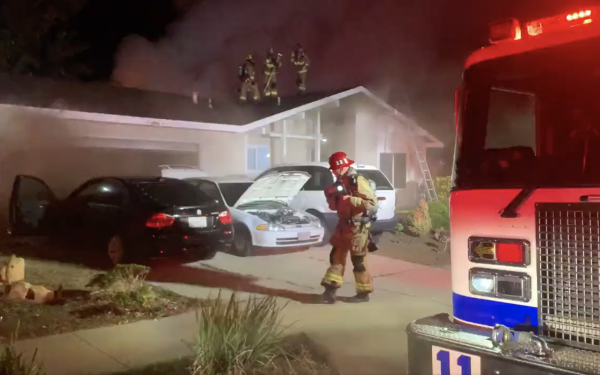