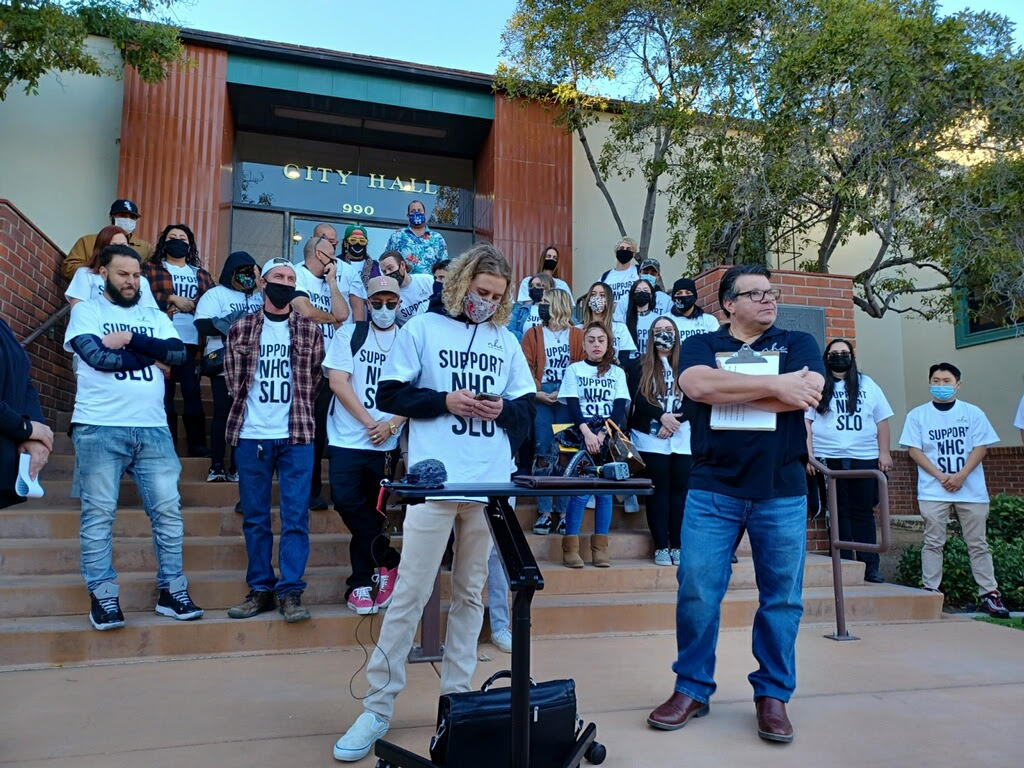 In what appeared to be a staged attempt, more than 30 employees of cannabis businesses tied to Helios Dayspring protested in front of San Luis Obispo City Hall on Tuesday to pressure the city counsel to overrule staff’s decision to revoke Natural Healing Center SLO’s retail permit.

After years of servility, SLO city officials terminated Dayspring’s application for his Natural Healing Center SLO retail store on Oct. 19, after determining he had lied on his application. The city based their determination on a July plea agreement in which Dayspring admitted to tax fraud and bribery. 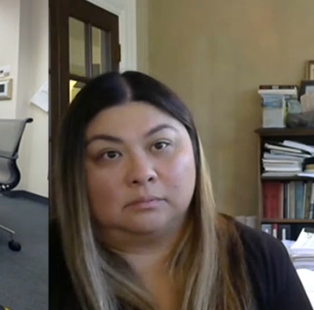 While negotiating a plea agreement with federal prosecutors, in Oct. 2020, Dayspring told the city he transferred his interest in the SLO pot shop to his girlfriend Valnette Garcia.

At 5 p.m. on Tuesday, about 50 protesters gathered in front of SLO City Hall, with many wearing T-shirts that said “Support NHC SLO” on the front, and “Save my career” on the back, even though the shop has not yet opened.

Standing on the steps outside city hall, speakers focused on Garcia’s race and gender, while asking the council to override staffs’ decision to revoke the permit.

During the SLO City Council meeting that started at 6 P.M., SLO city attorney Christine Dietrick announced the city’s plan to rewrite their cannabis regulations, and then reopen the process to applicants.

City Manager Derek Johnson explained that even though the city had revoked the permit for Natural Healing Center SLO, the company could reapply in the future or file a suit within 90 days.

During public comment, 20 people, who claimed to be employees of Natural Healing Center’s retail shops in Morro Bay and Grover Beach, gave what appeared to be canned speeches: The commenters started by detailing the length of time they have been employed by Natural Healing Center, sang Garcia’s praises, spoke of “love” or called her “mamma bear,” and asked the city council to reconsider the revocation.