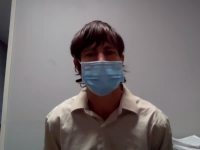 The man accused of murdering 90-year-old Oceano activist Lawrence “Larry” Bross visited the victim’s home and had another encounter with him shortly before his death. [Tribune]

David James Krause also had a tool in his possession similar to the murder weapon, investigators testified during a court hearing Thursday. The hearing concluded with a judge ruling enough evidence exists for the case to go to trial.

Krause, 41, has a lengthy criminal history. On a single day in June 2016, while a felon in possession of a firearm, Krause started a fire, stole a bus and crashed it, burglarized a home and stole a car and crashed it.

After an extensive investigation, San Luis Obispo County Sheriff’s detectives managed to identify Krause as a suspect in the case. Detectives conducted significant laboratory followup, which resulted in DNA that clearly identified Krause, according to the sheriff’s office.

Deputies arrested Krause in April 2021. Prosecutors then charged Krause with murder, as well as enhancements for using a deadly weapon in the act and having prior serious felonies. 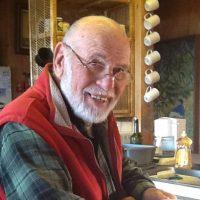 In an April court hearing, Krause repeatedly interrupted the judge to espouse his innocence. He then pleaded not guilty.

SLO County Sheriff’s investigators testified that Krause assisted his wife Irene Krause with cleaning Bross’s home about a week before the Oceano man was killed. That was the first time David Krause and Bross had met.

Irene Krause told investigators she had cleaned Bross’s home multiple times alone prior to bringing her husband. At the time, David Krause had recently been released from prison.

While at the house for the cleaning, her husband had a side conversation with Bross, Irene Krause told Deputy Eleotte Coyes. She did not know what the conversation entailed, Coyes testified.

David Krause allegedly told a sheriff’s investigator that, days after his first encounter with Bross, he encountered the elderly Oceano man on the beach not far from Bross’s home. Krause claimed he talked about art with Bross and denied going to the elderly man’s house after meeting him on the beach, Slane testified.

After kicking out her husband, Irene Krause dropped off a backpack for him at the mobile home of a friend with whom he was staying. The backpack contained personal items, including a tool with a hammer head on one end and a bladed axe on the other. The tool appeared to be a roofing hammer, Irene Krause told investigators.

David Krause told investigators he threw the hammer-like tool and a folding pocket knife into a garbage can off Atlantic City Drive in Grover Beach before meeting Bross on the beach, because he was on parole and  was not allowed to possess weapons, the investigator testified.

But,Irene Krause told investigators, if Bross was killed with an ax or hammer, she would know who did it.

Krause’s attorney, Harold Mesick, said that Bross was friendly with the homeless, and the victim’s daughter had told her father to stop inviting transients into his home. Additionally, Slane acknowledged that a man nicknamed Comanche had been at Bross’s home the day the elderly man died.

Judge Tim Covello ruled there is sufficient evidence for the murder case to go to trial.