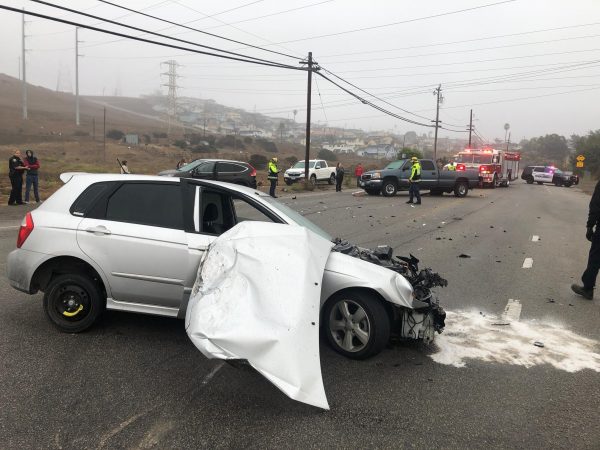 A DUI driver allegedly blew through a stop sign after exiting Highway 1 in Morro Bay Friday evening, causing a three-car collision, during which a motorcycle came flying out of a truck bed and struck a vehicle.

Christopher David Dery, 22, exited the northbound Highway 1 offramp at Main Street traveling at speeds too fast for the wet road at about 5:17 p.m., according to the Morro Bay Police Department. Dery then failed to stop at the stop sign and collided with a truck traveling south on Main Street.

Upon impact, the truck spun, and an unsecured small motorcycle flew out of the truck’s bed. The motorcycle struck a third vehicle that was traveling northbound on Main Street, police say.

No one suffered major injuries as a result of the crash. Responders evaluated Dery at the scene, and police officers arrested him for DUI.

Following the collision, traffic was blocked in both directions on Main Street for about one hour as police, firefighters and tow trucks investigated and cleared the scene. The collision remains under investigation.