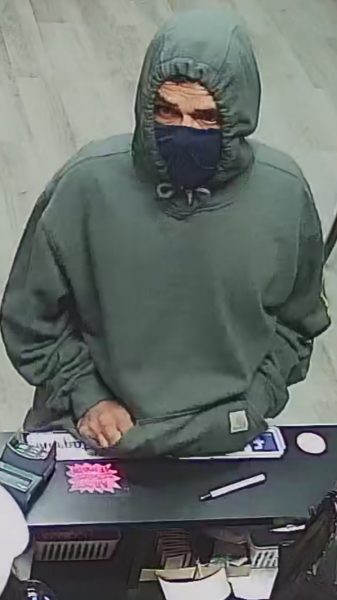 At about 8:30 p.m., a masked man walked into Tony’s Cigars and Accessories at 158 Higuera Street and asked an employee to gather several items for him. The worker gathered the items, placed them in a bag and carried them to the counter, according to the San Luis Obispo Police Department.

The suspect then brandished a Glock-style handgun and demanded money from the cash register. The employee placed the cash in a bag, after which the suspect threatened to harm him if he called the police. Then the suspect fled by foot.

Police describe the suspect as about 40 to 50 years old with a tan complexion. He was wearing a green Carhartt brand sweatshirt, dark pants and Jordans-style shoes. The victim said the suspect had a Latino accent, police said.