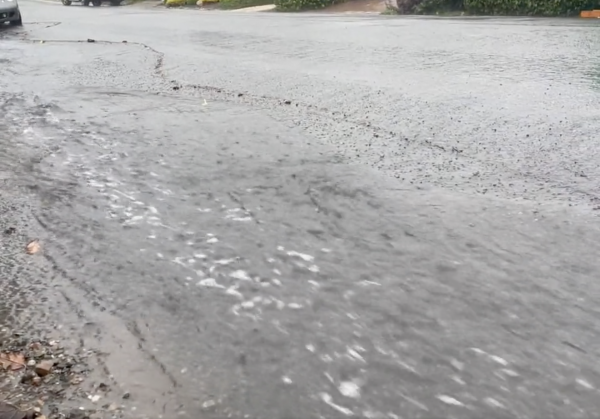 In North County, there were reports of flooding on Highway 101 near 13th Street in Paso Robles and near the intersection of Highway 46 and Whitley Gardens Drive east of Paso Robles. In South County, flooding was reported in the area of Highway 227 and Phillips Road in rural Arroyo Grande and on Willow Road in Nipomo. Additionally, there was flooding at the Toro Street onramp to northbound Highway 101 in San Luis Obispo, according to the CHP.

In Santa Barbara County, authorities issued an evacuation order over the weekend for the Alisal Fire burn area. On Monday morning, a shelter in place order was issued for the area scorched by this month’s fire. Authorities are preparing for potentially life-threatening flooding and debris flows in the burn area.