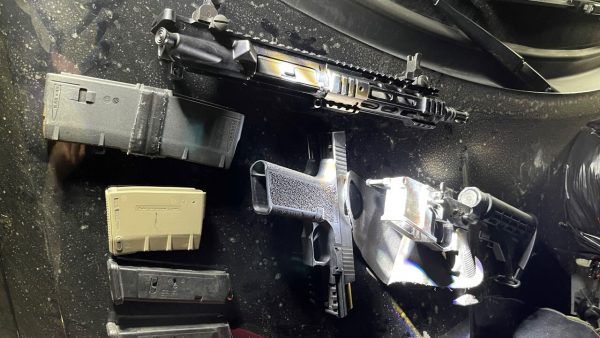 At about 9:20 p.m. Thursday, a 911 caller reported a possible theft of a catalytic converter from an RV in the 3500 block of Madera Street in Santa Ynez. The caller said the suspects had just left the area in a small dark-colored Honda sedan, according to the Santa Barbara County Sheriff’s Office.

Within minutes, a deputy in the area located the Honda near Highway 154 and Edison Street. The deputy stopped the vehicle and contacted two men inside the car.

Deputies identified the drive as Edgar Puga, 29, and the passenger as Alejandro Maldonado, 34. The stolen catalytic converter was lying under Maldonado’s feet, along with an electric hand saw, according to the sheriff’s office.

Investigators searched the vehicle and found an unregistered short-barreled assault rifle with a 30-round magazine, an unregistered polymer 9mm handgun and a Smith and Wesson .38 special. Deputies also located burglary tools and found Puga in possession of methamphetamine.

Deputies arrested Puga and Maldonado and booked them in the Santa Barbara County Main Jail.

Puga was booked on charges of driving without a license, possession of a controlled substance, carrying a concealed firearm, conspiracy, grand theft, possession of a short-barreled rifle, possession of burglary tools and possession of an assault rifle. Puga had five misdemeanor warrants for his arrest, and he is being held with an enhanced bail of $250,000.

Maldonado was charged with conspiracy, grand theft, possession of burglary tools and impersonating another person. Maldonado is on active parole, and authorities are holding him without bail for violating his parole. 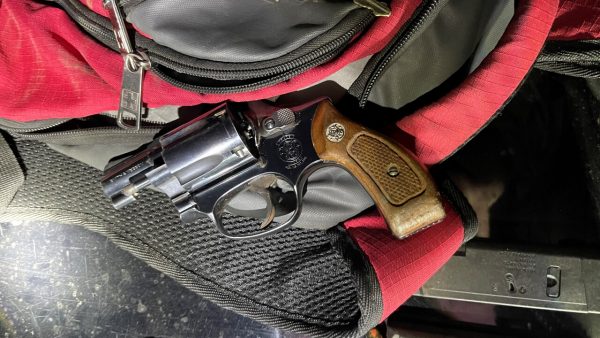