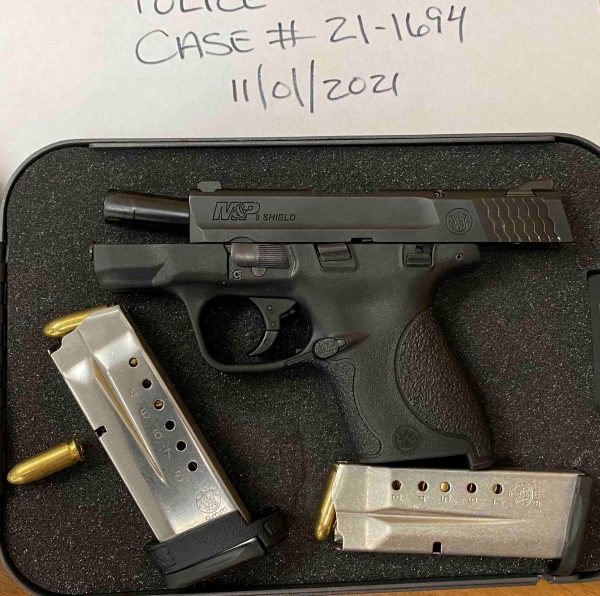 A Grover Beach man allegedly fired a gun and held two men hostage inside his garage early Monday morning, prior to being confronted by SWAT officers.

Gabriel Benjamin Epp, 32, was reportedly drinking alcohol and armed with a handgun. Shortly before 2 a.m., Epp fired the gun into the air while standing outside his home in the 1200 block of Seabright Avenue, according to the Grover Beach Police Department.

After discharging the firearm, Epp held two men he knew at gunpoint. Epp threatened to seriously injure the men if they tried to leave the garage of the home, police said.

Shortly later, the men managed to escape the garage and flee while Epp was distracted. However, a woman and a child were still inside the home with Epp.

Officers established a perimeter around the block and called for assistance from the Arroyo Grande and Pismo Beach police departments, as well as from the San Luis Obispo County Sheriff’s Office. The SLO County Regional SWAT team was then activated and came out to the scene.

At about 4:30 a.m., officers used the public address system of a Bearcat to contact Epp and convince him to surrender. Officers arrested Epp without further incident and booked him in SLO County Jail on charges of false imprisonment, gross negligent discharge of a firearm, drawing a firearm on another person and criminal threats.

Epp’s bail was set at $50,000. The sheriff’s office website does not currently list Epp as being in custody.