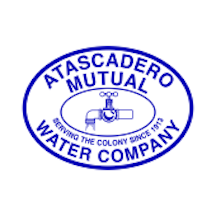 Atascadero Mutual Water Company has sued three large businesses in the aftermath of discovering chemicals linked to cancer in wells that supply drinking water to the North County city. [Tribune]

Sampling showed three wells managed by Atascadero Mutual Water Company that provide water used for drinking and landscaping became contaminated with the chemicals perfluorooctanoic acid (PFOA) and perfluorooctanesulfonic acid (PFOS). PFOA and PFOS do not break down and can accumulate over time, causing damage to humans and the environment, according to the federal Environmental Protection Agency.

The chemicals are associated with health problems, including cancer, elevated cholesterol and low birth weight, according to the Agency for Toxic Substances and Disease Registry. Officials first detected PFOA and PFOS in Atascadero’s water supply in 2019, following the EPA requiring some municipalities, including the city of Atascadero, to test their water for similar chemicals.

This serves as a temporary mitigation measure. Atascadero Mutual Water Company’s long-term plan is to build a PFAS treatment facility.