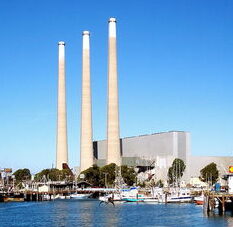 Mayor John Headding spoke of the high cost of rehabbing the rundown building and stacks, before making a motion to ask Vistra Corporation to take down the stacks. Heading also voiced concerns regarding liability and the cost of upkeep.

Before voting against Headding’s motion, Heller argued for the stacks to be reused in an attempt to differentiate their city from other coastal towns.

“I see this rather than something that’s old that we need to tear down, but something we need to look at with clear eyes as to whether it is possible to save it, reuse it, and make it a catalyst project and a world wide attraction,” Heller said.