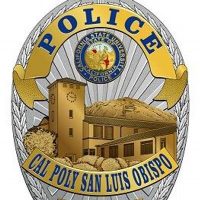 The Cal Poly Police Department is beefing up the Mustang Patrol walking escort program, which had previously been suspended because of the COVID-19 pandemic and then relaunched at the start of the fall quarter. The program consists of volunteers who wear yellow jackets and carry a phone and radio as they walk students or university staff who feel unsafe walking alone. The volunteers can escort students or staff anywhere on campus.

Likewise, on Nov. 1, the university launched a pilot campus shuttle program that is run by a contractor. The shuttle service provides a loop route through campus that operates from 7 p.m. until midnight. Stops include campus housing areas, the University Union, the Performing Arts Center and the Kennedy Library.

Furthermore, in recent weeks, Cal Poly has made upgrades to its security camera system in residential areas of campus. The university is also planning additional upgrades to its surveillance system.