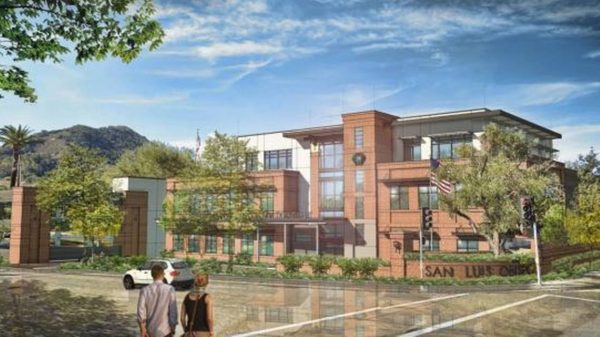 “It is a very exciting time as we are in the process of re-imagining policing and this opens up a lot of opportunities to re-engage our community in a different way,” Scott said.

Even so, proponents of last years defund the police movement voiced concerns of the cost and impact on minority populations.

“Certainly, seismic retrofitting and ADA compliance are reasonable to allocate funds to, but the community room feels a little redundant of other spaces,” said R.A.C.E. Matters founder Courtney Haile. “ A community room at a police station certainly doesn’t make everyone feel safe. Public safety is a relative term. This could add to the distrust.”

Constructed in 1969, the current police department was built to serve a population of 28,000 people, while there are now more than 47,000 people living in SLO. City staff also proposed retrofitting the existing station at a cost of approximately $18 million.

City official will evaluate their options over the next several years, while considering community input.