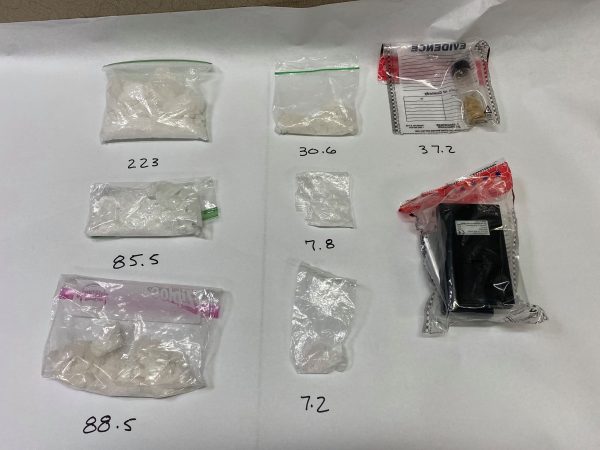 Brent Abisalih, 55, was wanted in Fresno County for violating the terms of his probation on drug charges, according to the San Luis Obispo County Sheriff’s Office. Last week, Abisalih was traveling to SLO County.

He arrived at the SLO Amtrak station at about 12:30 a.m. on Nov. 2. When Abisalih stepped out of an Amtrak bus, detectives detained him.

A sheriff’s K-9 alerted investigators to Abisalih’s luggage and to a plastic container the Morro Bay man was holding. There appeared to be plastic bags of methamphetamine inside the container.

Investigators also found three digital scales. In all, detectives seized slightly more than a pound of methamphetamine with a street value of about $2,000.