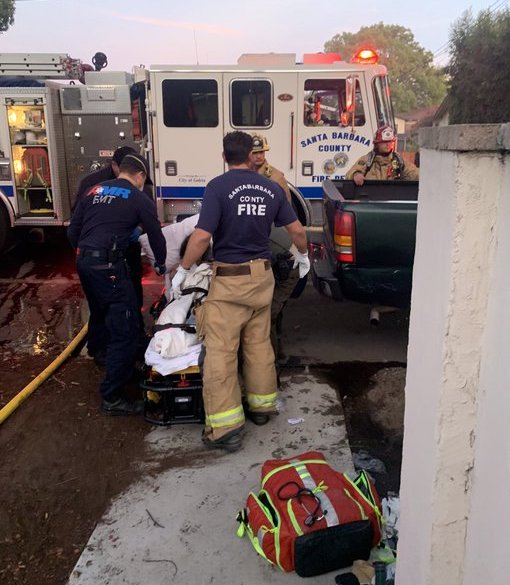 A pair of Santa Barbara County Sheriff’s deputies rescued an unconscious woman from a burning apartment in Goleta Tuesday evening, resulting in all three individuals being taken to the hospital.

Shortly before 5 p.m., a fire broke out inside an apartment in at 127 Orange Avenue. Sheriff’s deputies and county firefighters responded to the scene, with Deputy Rockwell Ellis and Senior Deputy David Ashley being the first to arrive, according to the Santa Barbara County Sheriff’s Office.

Ellis and Ashley found the unconscious woman on the floor inside the apartment, which was filled with smoke and flames. The woman’s clothing was beginning to catch on fire.

Ashley patted out the flames from the clothing and pulled the woman out the door with assistance from Ellis. Once the woman was outside the apartment, deputies worked together to carry her down a flight of stairs and to the street.

Moments later, fire personnel arrived at the scene and began battling the blaze. An ambulance then arrived, and paramedics took over providing care for the woman.

Ellis and Ashley inhaled a significant amount of smoke during the rescue. Additional ambulances came to transport the two deputies.

Both the woman and the deputies were transported to local hospitals. Ellis and Ashley walked out of the hospital shortly after 7 p.m. and are expected to recover. The current condition of the woman is unclear.

Firefighters knocked down the blaze and saved adjacent apartment units from the fire. 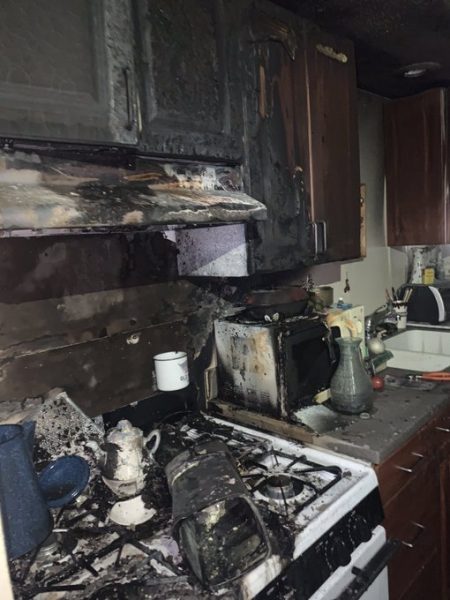