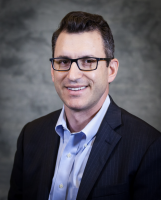 Huot has served as assistant city manager of Bakersfield since 2015. He began working for the Kern County city in 2008 as a marketing and events specialist.

“I am beyond honored to join the leadership team with the city of Paso Robles,” Huot said in a statement. “Paso Robles is an exceptional community and I look forward to lending my experience to help our team realize the vision of the city council and address the most pressing community priorities.”

Huot has a track record of success and broad knowledge and skills for leading all facets of a municipality, City Manager Lewis said.