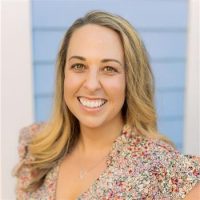 In response to members of the Paso Robles High School Conservative Club displaying a “f*ck Biden” flag during a pre-Veterans Day event, a teacher in the North County city posted an Instagram video of herself lashing out at the political club and saying its members could “go jump off a bridge.”

Kristin Usilton teaches at Glen Speak Elementary School. Following the anti-Biden flag incident at Paso Robles High School on Nov. 10, Usilton posted Instagram story videos in which she appears to be speaking inside a classroom.

In a video, Usilton discusses the fight for equal education for the “neglected Hispanic population.” The elementary school teachers then addresses the flag incident.

“The Paso Robles Conservative Club for the high school, you can go jump off a bridge,” Usilton stated in the Instagram story. “I’m going to post what they thought was a great show of support for the veterans, who I’m pretty sure would be absolutely offended by what they did on school campus. And had the LGBTQ population done that or the black or the Hispanic community members, we would have had our asses chewed out.”

Later in the day, Usilton posted a video attempting to clarify her remarks. [Paso Robles Press]

“When I said ‘go jump off a bridge,’ I just meant go away, and I will not use that term again because of the incredible influx of messages I got about that. But if that’s what you focused on in that message, you’re kind of part of the problem.”

The Paso Robles school district is conducting investigations into both the display of the anti-Biden flag and Usilton’s comments in her Instagram videos.