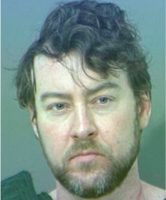 A federal grand jury on Thursday indicted a former criminal justice professor with starting four fires in Northern California within a span of three weeks during July and August.

Gary Stephen Maynard, 47, of San Jose allegedly committed the arson spree in the vicinity of the Dixie Fire as it was burning this summer in the areas of Shasta Trinity National Forest and Lassen National Forest. The Dixie Fire, which burned in Butte, Plumas, Lassen, Shasta and Tehama counties, was the second largest wildfire in California history.

Maynard allegedly set the Cascade Fire on July 20, the Everitt Fire on July 21, the Ranch Fire on Aug. 7 and the Conard Fire on Aug. 7. Some of the blazes Maynard set were behind the firefighters battling the Dixie Fire, according to the Department of Justice.

The grand jury charged Maynard with four counts of arson to federal property and one count of setting timber on fire.

In a news release announcing the grand jury indictment, the Eastern District of California United States Attorney’s Office referred to Maynard as a “professor-arsonist.” Maynard worked as a lecturer at Santa Clara University and Sonoma State University in 2019 and 2020.

Maynard taught in Sonoma State’s Department of Criminology and Criminal Justice Studies in the fall 2020 semester. Maynard’s previous teaching and research focused on topics including sociology of technology; sociology of drug abuse and alcoholism; and deviance and crime, according to Sonoma State University.