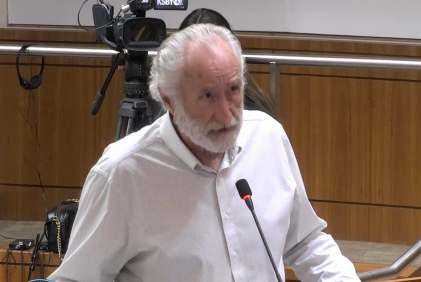 Amid taunts and threats of lawsuits and riots, the San Luis Obispo County Board of Supervisors whittled down the number of redistricting maps on Friday. Two maps remain, one likely to get liberal support and the other promoted by conservatives.

In the weeks before Friday’s meeting, former police chiefs Jim Gardiner and Rick Terborch warned that dramatically changing district boundaries could lead to rage and violence. Others accused those who lived in Paso Robles, or who want change, of being white supremacists.

On the Facebook page of Tom Fulks, a consultant working on Supervisor Bruce Gibson’s reelection campaign, a commenter asks if they can stall redistricting through a lawsuit, and Fulks tells them to “stay tuned.”

Of the more than 100 people who spoke during public comment, approximately half promoted redistricting the entire county to further follow current laws while arguing the previous map was gerrymandered. Many of those speakers supported the Patten Map, drawn by Richard Patten of Arroyo Grande. 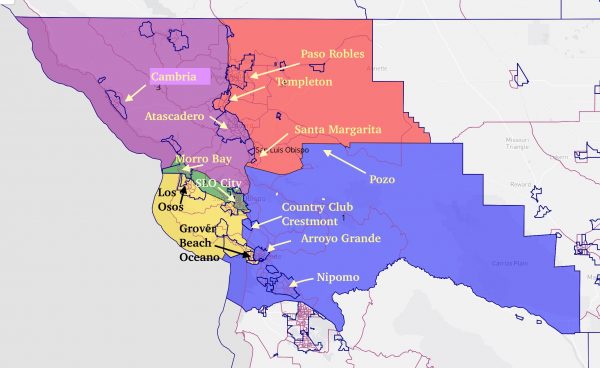 Gibson countered saying the previous redistricting map won both a court challenge and an appeal, showing it complies with state law. Gibson then claimed the supervisors promoting change also believe there was voter fraud in the presidential election, a comment Supervisor Peschong challenged.

“On the big lie, I do believe Joe Biden won San Luis Obispo County, and the county clerk ran a fair election,” Peschong said. “The Jan. 6 incident in Washington, D.C.. I was not in Washington, D.C., and I do not support what happen in the U.S. Capital. I just want this out there so we can end a lot of these rumors.”

In support of not making any changes, noting if it’s not broke why fix it, speakers accused those supporting the Patten map of attempting to steal the board. Others commented that they did not want to be in the same district as the racist people who live in Paso Robles.

Supervisor John Peschong passionately objected, calling out those who claim people who live in the North County are white supremacists.

“That’s what really, really upsets me, is that people in other parts of the county can believe these types of things,” Peschong said. “This is not acceptable behavior. Take it down a notch.”

He also condemned the former police chief’s for saying they’re would be violence if major changes to the districts are made.

Gibson found Peschong’s outrage “interesting,” and agreed the anger had “ratcheted up,” before accusing Peschong of attempting to justify a “radically drawn map.” Gibson then made a motion to bring back a map that makes no changes to the current district boundaries. The motion failed 2-3, with supervisors Peschong, Debbie Arnold and Lynn Compton opposing Gibson’s selection.

Peschong then made a motion to bring back two maps, the Patten map and a map created by the San Luis Obispo Chamber of Commerce. The motion also ended the public’s ability to submit new maps unless they made only minor changes to the two approved maps. The motion passed 4-1, with Supervisor Dawn Ortiz-Legg dissenting. 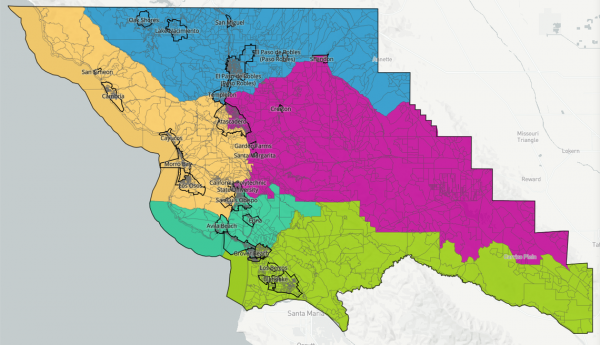 Gibson said he was voting for the motion under protest, because it brought a map forward “that is compliant.”

As speakers walked up and down the isle, several people grumbled angry comments at Patten, who was sitting next to Greg Grewal. When Patten and Grewal were leaving to go to lunch, one of those people walked up and said, “I am a Latino and you are just two old men with white privileged.” Grewal then explained that he was Indian, but the woman continued berating him, Grewal said.

“What does that have to do with redistricting,” Grewal added. “Why are we diminished for having another point of view?”

During the final redistricting hearing, which is scheduled for Nov. 30, the supervisors will determine which of the final two maps to adopt.