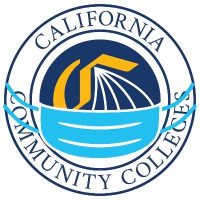 The vast majority of students in the California Community Colleges system are failing to graduate within four years, according to newly released data. [Inside Higher Ed]

Data presented last week to the California Community Colleges Board showed, among those who started college in 2015-2016, only 21 percent of Asian students, 17 percent of white students, 14 percent of Latinx students and 9 percent of black and Native Americans students completed their studies within four years. Those rates mark modest improvements from the previous year.

John Hetts, a visiting executive in research and data at the California Community Colleges, presented the findings to the board and said major changes are needed.

“The vast majority of students who start at our institutions don’t successfully make it through to completion,” Hetts said. “If we are going to think differently and weather this change, we have to reimagine our approach to how we educate the students that we have.”

Less than 36 percent of California Community Colleges students complete their studies within six years. Nationwide, the average six-year completion rate among students who started at community college in 2014 was about 40 percent.

In addition to dealing with low graduation rates, the California Community Colleges system has had a sharp decline in enrollment during the pandemic. Enrollment in the system dropped by 14.8 percent from 2019-2020 to 2020-2021.