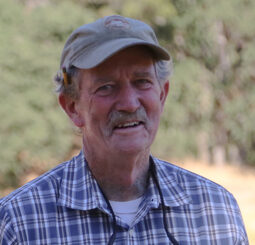 The 76-year-old man killed in a crash on Pozo Road in rural Santa Margarita on Tuesday evening has been identified as former San Luis Obispo County public defender Jim Maguire.

A partner in the law firm of Maguire & Ashbaugh, Maguire co-managed the public defenders office in SLO County until 2016, when he retired. Maguire and his wife Christine ran Riconada Dairy Farm, which sells milk from both goats and sheep, eggs and meats.

Shortly before 6 p.m. on Tuesday, Maguire was driving a pickup truck westbound on Pozo Road just east of Las Pilitas Road when he crashed into a semi truck making a U-turn. Maquire died at the scene.