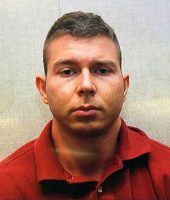 A Southern California man is slated to receive three life sentences without the possibility of parole after a judge convicted him on Wednesday of murdering a Santa Barbara doctor, as well as the doctor’s wife and daughter.

In March 2016, Pierre Haobsh of Oceano shot and killed Dr. Weidong Henry Han, 57; Huijie “Jennie” Yu, 29; and Emily Han, 5. Sheriff’s deputies found the victims’ bodies inside the family’s home in the 4600 block of Greenhill Way between Santa Barbara and Goleta.

Following a bench trial, Santa Barbara County Superior Judge convicted Haobsh, 31, of three counts of murder, along with enhancements for committing murder for financial gain, committing multiple murders and intentional discharge of a firearm causing great bodily injury. Haobsh, whom the prosecution painted as a fraudster, was involved in a business deal with Dr. Han prior to the triple-murder.