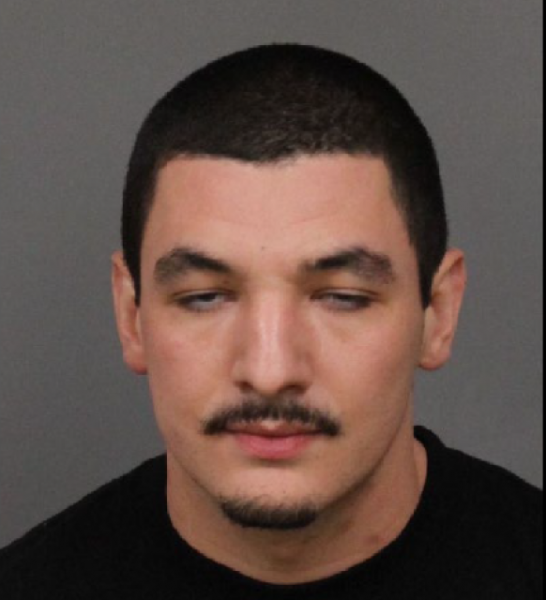 A robber fired a shot into a wall behind a clerk at the Chevron gas station on Ramada Drive early Thursday morning. The suspect then fled with an unreported amount of cash.

Three hours earlier, on Wednesday shortly after 10 p.m., an armed man attempted to rob the Carl’s Jr. on Black Oak Drive on the north side of Paso Robles. The suspect then fled the restaurant without getting an cash.

At approximately 1:30 a.m. on Thursday, a caller reported the robbery at the Chevron station on the south side of Paso Robles. During the robbery, the suspect fired one shot into the wall behind the employee.

Shortly afterwards, an officer located a BMW matching the description of the getaway vehicle on the north side of Paso Robles. Upon seeing the officer, the driver of the BMW fled west on 24th street, with law enforcement in pursuit.

Deputies and officers pursued the vehicle all the way to the Lake Nacimiento Dam, where the suspect jumped from his vehicle and fled on foot towards the lake.

Officers determined 29-year-old Richard Garcia of Paso Robles is a person of interest in the second robbery. Investigators do not yet know if the two robberies are connected.