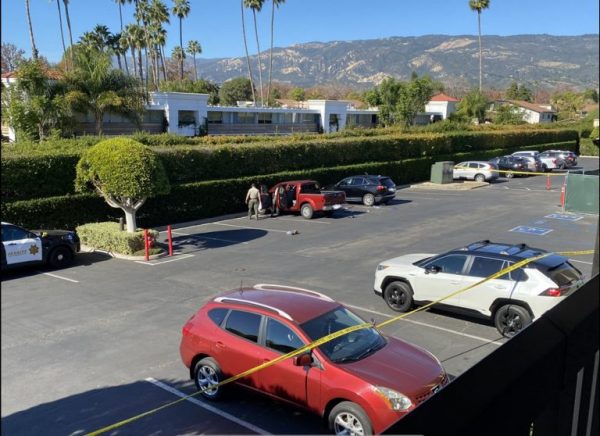 A man allegedly shot and killed a woman, as well as himself, in an apparent murder-suicide on Thanksgiving Day at the Best Western in Goleta.

Shortly before noon, a caller reported a shooting at the Best Western in the 5600 block of Calle Real, according to the Santa Barbara County Sheriff’s Office. Deputies arrived at the scene and found both the man and the woman suffering from gunshot wounds.

Responders transported them to local hospitals, but they did not survive. Doctors pronounced the man deceased at 11:44 a.m. and the woman dead at 3:40 p.m.

Sheriff’s detectives and forensics personnel came out to the Best Western in Goleta, and they are still investigating the shooting. A coroner’s investigation that will determine the cause and manner of the deaths is scheduled to take place next week.

Authorities are withholding the identities of the two deceased individuals, as well as their relationship to one another, while relatives are being notified of the deaths.