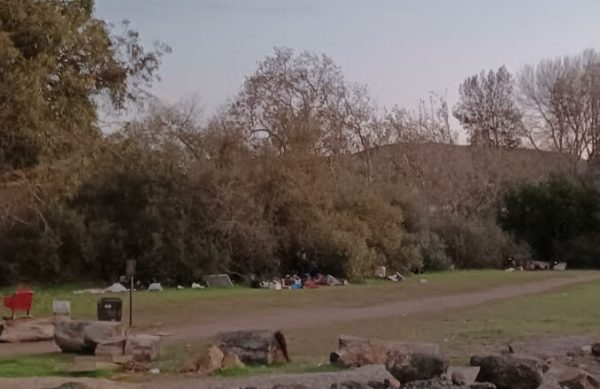 Shortly before 5 p.m. on Nov. 20, a 911 caller reported need for medical aid at a homeless encampment located behind the pot shop near San Luis Obispo Creek. Officers arrived and found Fowler’s body. He had been stabbed.

Early on the morning of Nov. 21, authorities booked Cota in jail on charges of being under the influence of a controlled substance and parole and probation violations. His bail is set at $25,000, according to the county website.

Cota is scheduled to appear in court on Dec. 6 over charges unrelated to the homicide.

Investigators believe the killing at the SLO homeless encampment was an isolated incident. Anyone who has information about the case can submit an anonymous tip by calling Crime Stoppers at (805) 549-STOP.