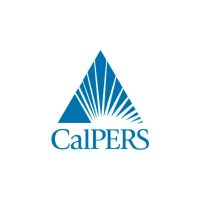 A former local government worker who performed post-retirement duties for the city of Atascadero is one of five individuals found to have sidestepped California Public Employees’ Retirement System (CalPERS) rules by, under the guise of doing consulting work, having been employed by a municipality while collecting a pension. [Tribune]

Every year, CalPERS cites retirees who violate a law restricting employment after stopping work and beginning to collect a pension. In 2017, the retirement system began investigating retirees who, through the third party company Regional Government Services Authority (RGS), were given consultant jobs with local governments affiliated with CalPERS.

Following a lengthy probe, in November, CalPERS board members determined five retirees hired by RGS had violated retirement rules. The five individuals have been ordered to pay back a combined total of more than $400,000 in pension benefits.

One of the five retirees, CalPERS annuitant Douglas Breeze, did consulting work for the city of Atascadero. Breeze died earlier this year.

In 2007, Breeze retired from the city of Ojai, where he served as the public works director. In 2014, after the Atascadero public works director retired, Breeze stepped in and performed some of the duties for that position with the North County city, an administrative law judge found.

Though Breeze performed public works executive duties, he had been hired by RGS to provide consulting services to Atascadero. Breeze was paid at a rate of $70 an hour for a job with a maximum salary of $62.04 an hour, according to CalPERS filings.

Since Breeze is deceased, his widow may be required to make a payment of about $9,500.

In the largest case among the five individuals deemed to owe money to CalPERS, Margaret Souza was hired as interim finance director for the city of Hughson during a municipal crisis in 2012. A year later, after new CalPERS post-retiree rules took effect, Souza switched to a consultant’s role and was hired by RGS, but still worked for Hughson. Souza continued work as the interim finance director for one to two days a week until 2015.

Hughson paid Souza $45 an hour and an estimated total of $100,000 during her four-year tenure. CalPERS has ordered Souza to pay back not the money she earned from the work for Hughson, but rather all retirement benefits she earned during that period, which totaled more than $235,000.

An administrative law judge determined RGS served as a conduit through which cities paid workers, which indicated the retirees were actually employees.