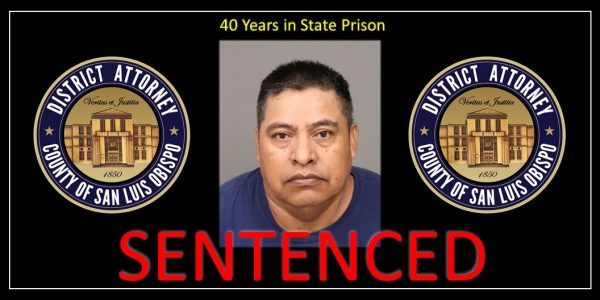 After pleading no contest to four counts of forcing a child to engage in sexual acts, a 47-year-old San Luis Obispo man was sentenced to 40 years in prison.

“Crimes against vulnerable victims are particularly disturbing, especially when a predatory adult betrays their position of power, grooms their victim, and commits repeated sexual abuse upon a child,” said District Attorney Dan Dow. “Child sexual predators must be punished strongly to reflect the longstanding pain and suffering their acts inflict on the innocent children and to deter others. It took an immense amount of courage for this young survivor to come forward and report the abuse.”