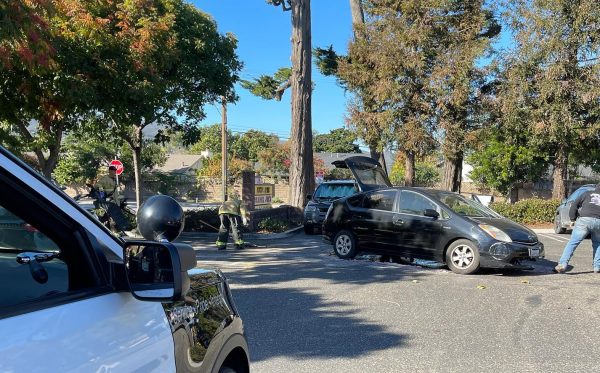 San Luis Obispo police arrested a man after he crashed in the Trader Joe’s parking lot while fleeing residents of a home he broke into on Saturday.

The driver broke into a residence near the shopping center, but was quickly confronted by the residents. While fleeing, the suspect miscalculated a turn and launched over a landscaping wall and landed in the parking lot near Trader Joe’s.

Officers arrested the suspect and charged him with misdemeanor hit and run, felony vandalism, being under the influence of a controlled substance, attempted car jacking and possession of a dagger.