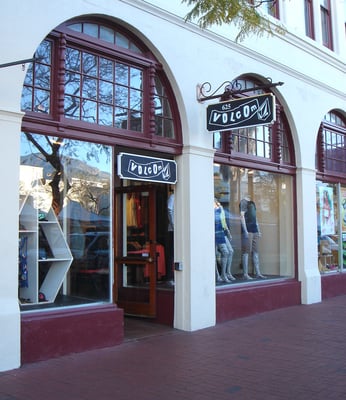 Santa Barbara police are looking for a group of about 10 teens who stole multiple items from a Volcom clothing store on the 600 block of State Street on Monday afternoon, in a theft that resembles the spat of flash mobs that have recently hit businesses across the country.

Shortly before 5 p.m., the teens entered the store and grabbed multiple items before escaping out the back door. A security alarm alerted store clerks that the teens had fled with the merchandise.

The teens, who all wore similar jackets, fled on foot or on bicycles.

More then seven years ago, California passed a ballot measure that reduced certain thefts from felonies to misdemeanors. In response to the increase in large-scale thefts, prosecutors and retailers want the state to adopt additional tools to go after shoplifters while Gov. Gavin Newsom argues sufficient tools are already in place.