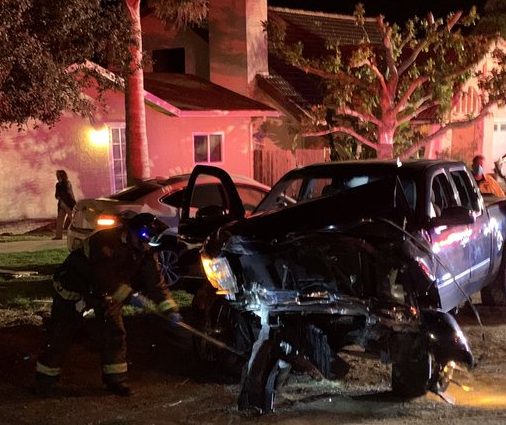 A pickup truck and a sedan collided in Oceano Sunday night, resulting in two people being transported to a local hospital.

Shortly before 10 p.m, a caller reported a crash on Paso Robles Street by 24th Street. Four people were injured in the collision, two of whom went to the hospital, according to the Five Cities Fire Authority.

A photo released by Five Cities Fire shows a damaged fence outside a house, in addition to damage to the vehicles. It is unclear what caused the crash. 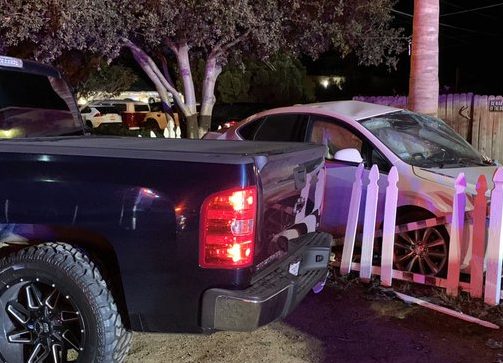