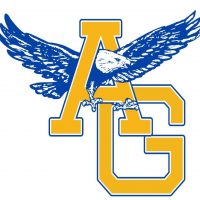 The Lucia Mar Unified School district has disclosed it investigated two separate sets of purported threats on Monday, one of which involved a photo of an Arroyo Grande High School student holding a gun.

First, district officials became aware of messages and images circulating on social media that were concerning, Lucia Mar Superintendent Paul Fawcett said in a statement. Administrators contacted local law enforcement and jointly investigated whether the messages and images presented a credible threat of violence to any of the Lucia Mar campuses. Law enforcement personnel determined there was no credible threat of violence, and the communications did not originate from within the district and were not directed at Lucia Mar schools.

Later, Lucia Mar officials learned of an image circulating on social media of an Arroyo Grande High School student holding a gun. The image had text stating, “Watch out AGHS he aint playing.”

Investigators determined the student pictured with the firearm did not personally post the photo on social media, nor write the message attached to it. The photo had been taken more than a year ago, and it was not taken for the purpose of threatening anyone, Fawcett said.

Authorities concluded the image did not constitute a threat. District officials are not disclosing additional information about the messages and images that had been circulating on social media.

“The laws protecting the confidentiality of student information do not allow the district to release any further details,” Fawcett stated. “I know this can be frustrating. However, I want to assure parents that Arroyo Grande High School and the district took these incidents very seriously and has and will take all appropriate steps to ensure a safe school environment for all our students. The safety of our students and staff remains our top priority.”