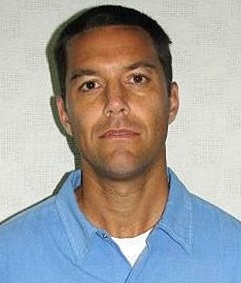 A judge resentenced convicted killer Scott Peterson on Wednesday to life in prison for the murder of his wife Laci Peterson and the couple’s unborn child. Nonetheless, Scott Peterson is still seeking a new trial in the case.

Scott Peterson, a 49-year-old former San Luis Obispo resident, met Laci Peterson while they both were attending Cal Poly. Scott Peterson also attended Cal Poly at the same time as Kristin Smart and was once investigated for a possible connection to Smart’s disappearance, but was ruled out as a suspect in the case.

Then in 2020, the state Supreme Court overturned Peterson’s death sentence after determining individuals who could have served on the jury were wrongfully dismissed after they indicated objections to the death penalty.

After the state Supreme Court decision, prosecutors opted not to seek another death sentence. On Wednesday, a judge sentenced Peterson to life in prison without the possibility of parole for his wife’s murder, plus a concurrent sentence of 15 years to life for the second-degree murder of their unborn child.

“You didn’t want the responsibility of being a father. You’re a coward,” Rocha said. “He would have been 18 years old by now. Ten months ago, you would have been free of child support and not have to worry about being responsible for a child.”

Despite Wednesday’s resentencing, Scott Peterson’s attorneys are still arguing the murder convictions should be overturned, and their client should be granted a new trial.

In Oct. 2020, the state Supreme Court ordered San Mateo County Superior Court to determine whether a juror committed prejudicial misconduct by failing to disclose her prior involvement with other legal proceedings, including being the victim of a crime.

Juror Richelle Nice did not disclose she had obtained a restraining order against her boyfriend’s ex-girlfriend for harassing her when she was pregnant. Nice was initially an alternate juror in Peterson’s trial, but she replaced a discharged juror during deliberations. Later Nice, along with several other jurors, published a book about their experience during Peterson’s trial.

Peterson’s lawyers say Nice filed a lawsuit to obtain a restraining order against her boyfriend’s ex-girlfriend after, in 2000, she was threatened by her while four and a half months pregnant. Based on Nice’s charges, the attacker was tried, convicted and sentenced to a week in jail, according to Peterson’s legal team.

Nice was one of two holdouts for convicting Peterson of first-degree murder of his unborn child, Peterson’s lawyers say.