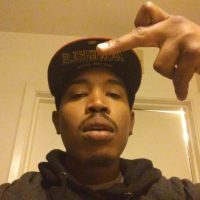 A judge sentenced a Shandon man on Monday to 36 years to life in prison for a fatal stabbing at a North County party in 2019.

The fatal stabbing, which a San Luis Obispo jury found to be second-degree murder, was followed by the killing of a witness to the initial crime. The man found guilty of the initial murder has now received the maximum punishment for the crime.

On June 1, 2019, during a party at a home in Shandon, Kejuan Guy Bynum, now 29, twice assaulted 23-year-old Christopher Vento Wilson of Paso Robles. In the second attack, Bynum initiated a fight with Wilson and stabbed him multiple times. Wilson died of his injuries at the hospital.

In Dec. 2019, Wilson’s friend, Trevon Perry, testified for the prosecution at a preliminary hearing in the Wilson murder case. On March 16, 2020, before a trial date was set in the case, Perry’s family reported him missing.

In the case of Wilson’s killing, prosecutors charged Bynum with murder and use of a knife in the homicide.

During Bynum’s trial, Amanda Portney of Shandon testified that Bynum was jealous and obsessed with her. Weeks prior to the fatal fight, Bynum moved into her home against her wishes, prompting Portney to change her residence.

Wilson was a close friend of hers, with whom she had previously been involved romantically, Portney testified.

During the 2019 party, Wilson tossed Portney onto a bed in a manner that was meant to be playful. Bynum saw Wilson do so, Portney said. With a bottle of liquor in his hand, Bynum told Wilson to come outside, and the fight began. Portney tried to break up the fight but did not succeed.

The prosecution showed photos indicating Wilson had been stabbed in the chest, shoulder and above his left eye. Additionally, in a tapped phone call, Bynum told his mother, “I done stabbed that n—— three to four times,” prosecutors said.

Bynum’s attorney, Scott Taylor, argued that the murder case lacked a motive and that the intoxication of individuals at the party factored into the death.

Last month, a San Luis Obispo jury convicted Bynum of second-degree murder. At a separate hearing, Judge Craig van Rooyen found Bynum had a prior conviction of robbery, a violent felony under California’s Three Strikes Law. Bynum faced a maximum sentence of 36 years to life because of the second-degree murder conviction and prior robbery offense.

“While this prison sentence cannot bring Christopher Wilson back to his family and loved ones, it is a just punishment for cowardly taking the life of another human being,” District Attorney Dan Dow said in a statement. “Our hearts go out to Mr. Wilson’s family as they continue to grieve his needless death. We will always seek tough sentences on serious and violent crime as we work hard to protect the citizens of San Luis Obispo County.”