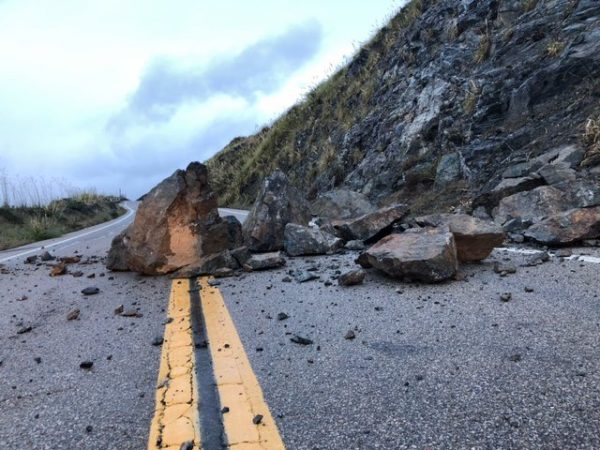 Rockslide on Highway 1 in Monterey County

The strong storm system that reached the Central Coast at the start of this week brought flooding, downed trees, rockslides and power outages to San Luis Obispo County.

In a span of 24 hours between Monday and Tuesday afternoons, most of San Luis Obispo County received between one and four inches of rain. The rain particularly soaked the San Luis Obispo area.

Shortly after 11 p.m. on Tuesday, a car became stuck in flooding on the Highway 101 north offramp at Santa Rosa Street, where the road was completely flooded.

There were strong wind gusts of up to 65 miles per hour. The storm downed multiple trees and caused rockslides on the Central Coast, including on Highway 1 in southern Monterey County.

On Thursday, a storm is expected to bring moderate winds of 13 to 24 miles per hour and light rain.