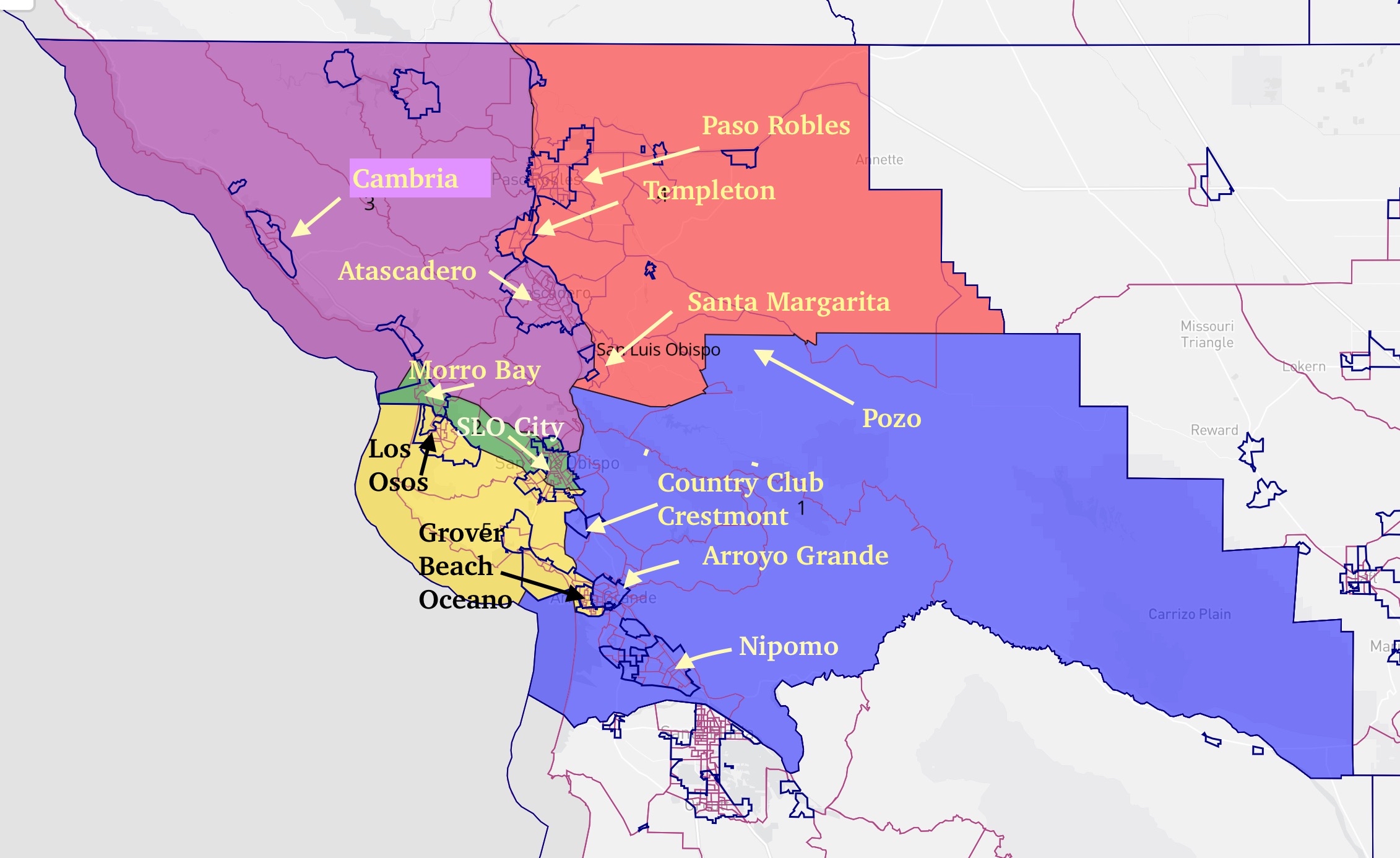 After a lengthy and contentious process, the San Luis Obispo County Board of Supervisors voted 3-2 on Tuesday to adopt the Patten Map, with supervisors Bruce Gibson and Dawn Ortiz-Legg dissenting.

Split along party lines, local Democrats sought minimal changes while area Republicans wanted cities and communities intact. Under the Patten Map, the county continues to have three districts that lean Republican and two with a Democratic advantage, though the new percentages further favor conservatives.

During public meetings over redistricting, several supporters of Democratic candidates Bruce Gibson and Jimmy Paulding threatened a lawsuit if the board majority selected the Patten Map.

Shortly after Tuesday’s vote, a recently-formed nonprofit, San Luis Obispo County Citizens for Good Government, announced plans to file a lawsuit in an attempt to disqualify the Patten Map. The group says the Patten Map “cracks long-standing communities of interest, dilutes the voice of Latino voters in South County, and radically rearranges long-standing communities of interest.”