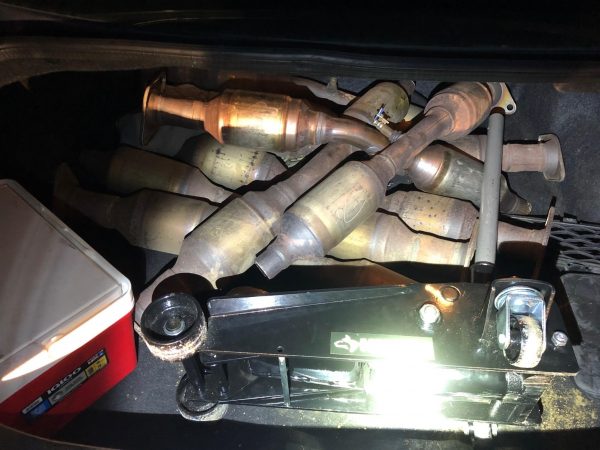 Three suspects who were allegedly caught stealing a catalytic converter fled from the Los Osos area to Atascadero early Monday morning, leading police on a chase that ended with two of the alleged thieves evading capture.

At about 2:25 a.m., a 911 caller reported an attempted catalytic converter theft in the Los Osos area. About 20 minutes later, a Morro Bay police officer located a vehicle matching the description of the suspects’ car traveling at a high rate of speed near South Bay Boulevard and Highway 1, according to the Morro Bay Police Department.

Officers tried to stop the vehicle, but the driver did not yield. The driver then turned onto Highway 41 and headed eastbound with Morro Bay police officers in pursuit.

The suspect drove all the way to Atascadero. Upon entering the North County city, the driver ran over an Atascadero Police Department spike strip. Disabled, the vehicle came to a stop near Portola Road.

One suspect remained at the vehicle while the other two fled by foot. Atascadero police established a perimeter and searched for the two suspects who fled, but did not manage to find them.

Police arrested Maxwell Steven Lopez Sosa, 22, of Oakland. Officers booked Lopez Sosa in the San Luis Obispo County Jail on charges of attempting to evade an officer in a reckless manner, receiving stolen property, conspiracy and tampering with a vehicle. Lopez Sosa remains in custody with his bail set at $50,000.

Over the past few weeks, Morro Bay police and other law enforcement agencies in the county have been investigating several catalytic converter thefts. Investigators are asking nyone who has information about Monday morning’s incident to contact the Morro Bay Police Department at (805) 772-6225 or SLO County Crime Stoppers at (805) 549-STOP. 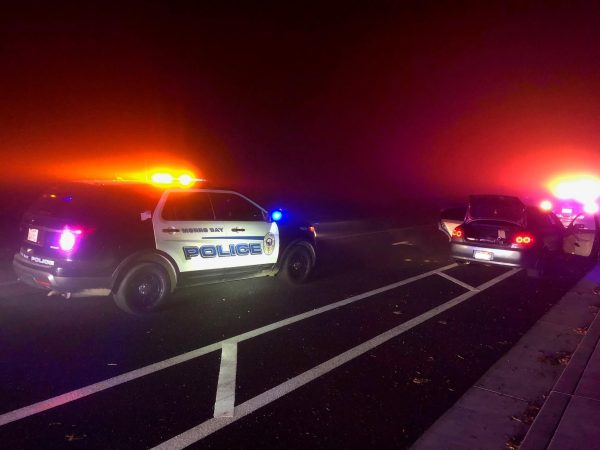