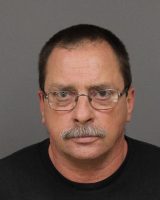 A judge sentenced a San Miguel man on Monday to 30 years in prison for sexually abusing four children.

Between Jan. 1995 and Oct. 2019, David Avis Vance, now 57, molested four children ranging in age from 5 to 13 years old, according to the San Luis Obispo County District Attorney’s Office. Sheriff’s deputies arrested Vance after, on Oct. 5, 2019, a 911 caller reported he had sexually molested a child under the age of 14.

On June 20, 2021, Vance pleaded no contest to 12 felony counts of committing lewd acts on a child. Then on Monday, Judge Jacquelyn Duffy sentenced Vance to 30 years in prison and order him to register as a sex offender for the rest of his life.

During the sentencing hearing, several victims spoke about the impact of Vance’s crimes. The mother of two of the victims said her children were heroes for having the courage to report their abuse. Duffy, too, praised the victims for their courage.

“Sexual crimes against children are devastating to the victims, especially when a predatory adults betrays their position of trust over the victim,” District Attorney Dan Dow said in a statement. “Sexual predators must receive strong punishment to reflect the longstanding pain and suffering their acts inflict on innocent children and to deter others from committing similar horrible crimes. We are grateful for the courage these young survivors displayed by reporting the abuse and assisting in the legal process necessary to hold this predator accountable.”